skip to main | skip to sidebar

Thanks to all the restrictions, Sci Fi conventions are being cancelled left and right.  Several have moved into virtual spaces, using Zoom, and Facebook, and YouTube (and all three mixed together).

I was asked to do a concert for HELIOsphere.  Here it is in all it's ugly glory.

Columbia (STS-107) flew apart 16 minutes prior to her scheduled landing:

Fifty years ago, the world watched in awe as three men rode into space on one of the most powerful machines ever built by man. Some days later, the entire world watched enraptured when one of those men stepped forth on another world. We returned five more times. And then.. stopped.

Do you remember - where you were that fateful day?
Do you recall now - how we said we're there to stay?
Red white and blue - blazing so proud against the grey.
Returned in triumph - then threw it all away.


Do you remember - when the future was foretold?
Do you recall when - we were willing to be bold?
The first footsteps - we thought were a foothold.
When we were fearless - against the dark and cold.


Let me remind you - we held tomorrow in our hands.
It was a new day - amidst the rubble and the sand.
That brilliant sky road - leading outward to new lands.
When the future - It was ours... ours to command.


Do you remember.. where you were that fateful day?
Posted by Mark Horning at 22:12 No comments:


Modified from my 1969 Betty Crocker Cookbook:

Cut in the shortening into the flour and then combine the rest of the dry ingredients.  Mix then stir in the egg and milk.

There is an old expression: If you trust the government, you clearly failed history.

To that end, James Madison wrote a constitution that  specifically constrained the new Federal Government to clearly delineated, restricted, limited, and enumerated powers.  The response from the several States?  Not good enough, and we don't trust you. . We need a Bill of Rights.


Federalists like Madison and Hamilton argued that the Constitution did not need a bill of rights. The powers delegated to the Federal Government were explicitly limited and the people and the states kept all other power.  The Anti-Federalists (who eventually won out - or at least won a compromise) held that a bill of rights was necessary in order to safeguard individual liberty.  Why?  Because the Constitution is not good enough, and we don't trust you.  We want it in writing.

So Madison swallowed his pride, plagiarized George Mason (Virginia Declaration of Rights), and drafted up a package of 12 amendments to satisfy the various states. Ten of those amendments became the first ten amendments which we now know of as the bill of rights, the first actually became the 27th amendment.  The last one dealt with making certain that congressional districts didn't get to large and was never adopted.

Here is the key thing though.  The Bill of Rights does not establish or create ANY rights.  Everyone from the most ardent Federalist to most vehement Anti-Federalist agreed on this principle.  The rights enumerated in the Bill of Rights were just that, enumerated.  Just as the Virginia Declaration of Rights didn't create them but declared rights.  They already existed.  Fully formed, like Athena from Zeuz's head.

These rights, be they freedom of speech, or religion;  the right to keep and bear arms; to be secure in ones papers and possessions; the right to be judged by ones peers; or to be free of cruel and unusual punishments... These are not granted by the constitution. These are pre-existing, fundamental, inalienable, inseparable, basic rights of the People.   All people.  Wherever they are and whomever they might be.  Not American Rights. Universal ones.  From the single mother in Modesto to the goat herder in Uzbekistan.

Any other interpretation is a lie. A falsehood.  Incongruous with the historical record.  And when a government claims otherwise?  Not good enough, we don't trust you, we never will.

Posted by Mark Horning at 17:07 No comments:

Ok.  So I sold the D-03R-12 to a musician who was in town just for two days.  Band is from North Carolina, touring through the country in a beat up van.

Apparently they had a gig at the MIM Sunday Night.

Gave him an outstanding deal.  Hopefully that should prevent the guitar from returning.
Posted by Mark Horning at 18:25 No comments:

They keep coming back

They get there, and he says they are Fabulous.  Woot!  Customer is happy so I go ahead and order a custom Emerald.

Two days later he wants to return one of the guitars.  And of course, it's the 12 string.  What is it with buyer's remorse and 12 Strings? 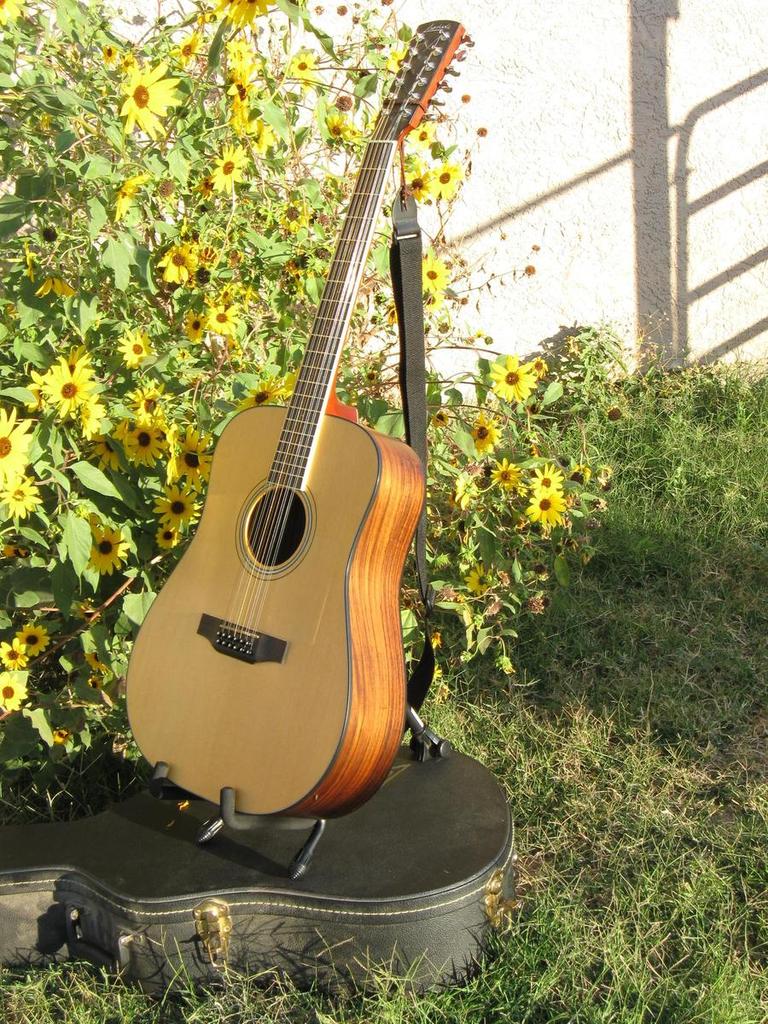 I offered him a discount, but in the end told him that as long as he ate the shipping both ways I'd take it back.  Arrived today.

No more long distance selling of 12-strings.  If anyone local wants a killer deal on a solid rosewood 12 let me know.
Posted by Mark Horning at 14:17 No comments:

Janus wins at the SCOTUS!

I hate unions, with a passion.  But the one thing I hate more than unions is being FORCED to join one against my will.

Forced unionism  prima facie runs smack up against the 1st Amendment's protection of the right of association.  And no, the whole, "well you don't have to join the union, just pay us a bunch of money anyway" isn't a sufficient fig leaf.

Janus was decided on Free Speech though.  Sure, forcing someone to pay for political activities he opposes is also clearly unconstitutional (Despite what 4 robed activists might otherwise think) but it's a secondary argument.  If you can't force me to associate, you can't force me to pay.


Regardless, it's a major victory for freedom and the Constitution.

As for the Unions. Bite me!

For everyone who thinks a union is a good thing, earn it.  Because it's going to be voluntary association, and if you want people to associate, you better make it worth their while.
Posted by Mark Horning at 19:11 No comments: